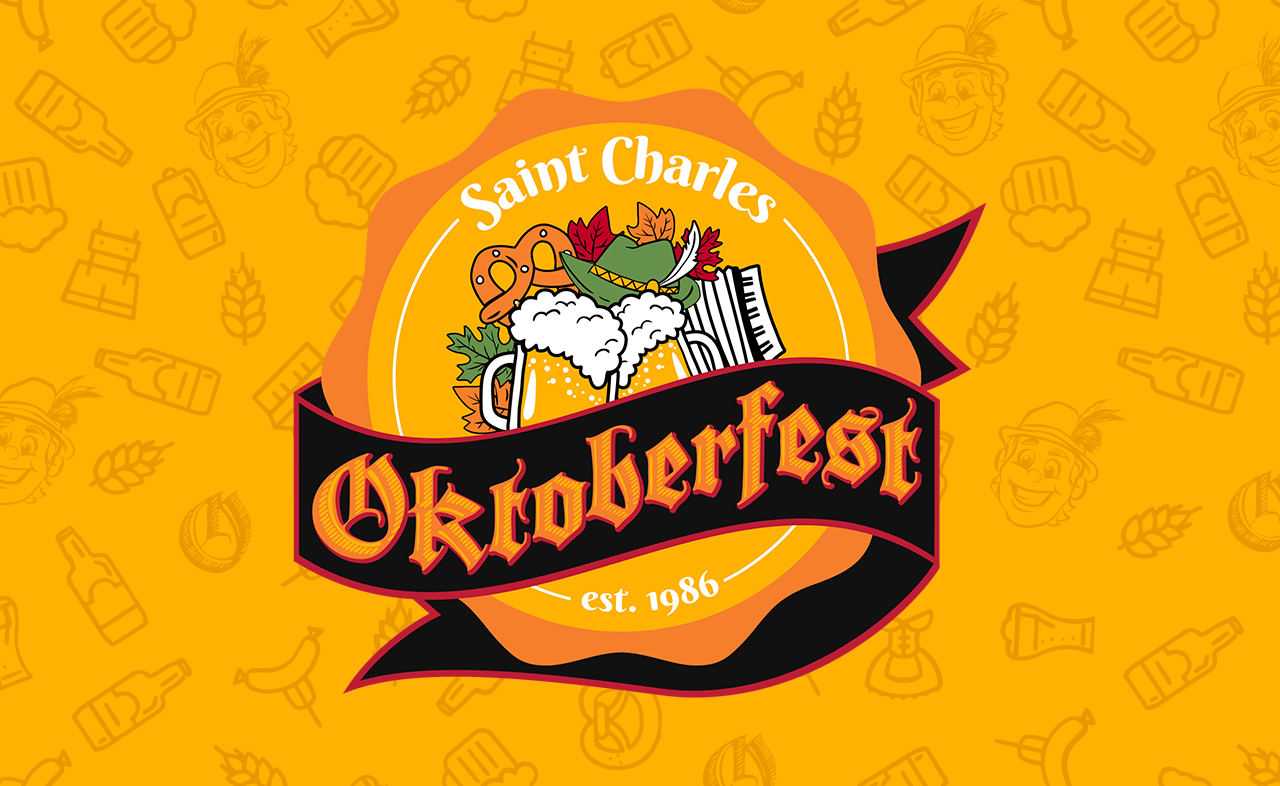 Saint Charles Oktoberfest, started in 1986, is located in historic downtown Saint Charles, Missouri. Awarded the 2017 Reader’s Choice as the Best [Festival] of St. Charles County by the St. Louis Post-Dispatch and Suburban Journals. 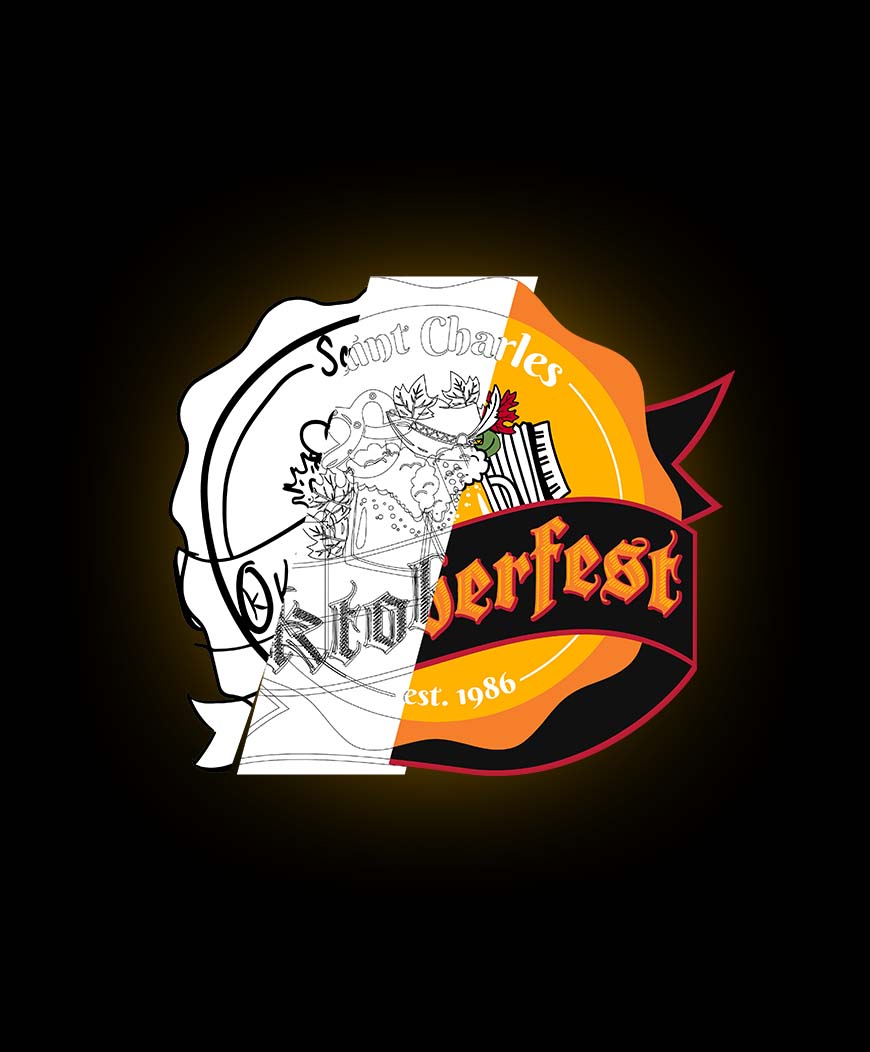 The challege wasn't the design or scope of the project, It was the lack of public awareness for their brand. Festival attendees from surrounding towns were the extent of admissions. Below, I've attached a screenshot of their website from the day I joined their committee. Just as it was, September 4, 2011. (And yes. There were THAT many broken image/links.)

Follow the rest of this post to see exactly how I evolved their online presence. Resulting in 808%(to be exact!) more traffic and web hits. 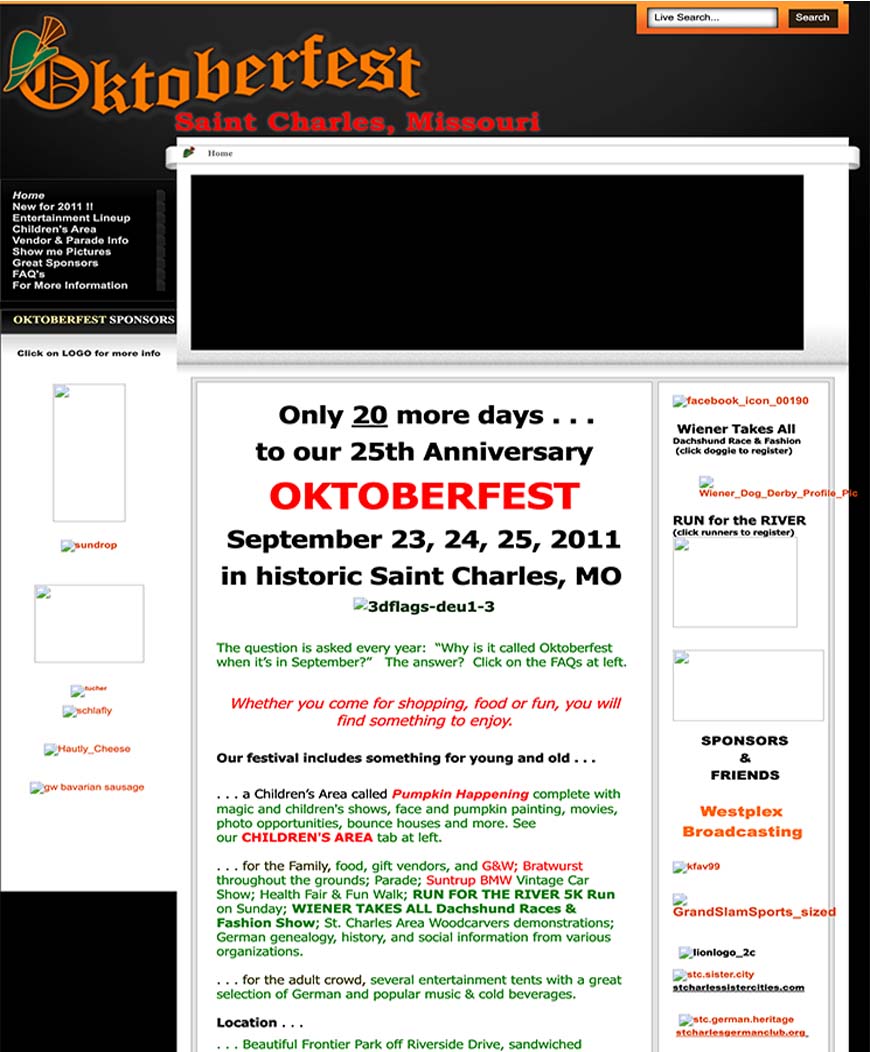 -- Paul Rand
HOME PAGE
On the home page, I chose a concept whose main characteristic is the division of the page into two equal areas, which correspond to two models of perception: navigation (fast) and content (slow). On the left is the navigation and on the right resides the content. Each section on the home page is placed on these two halves, providing greater clarity for users. 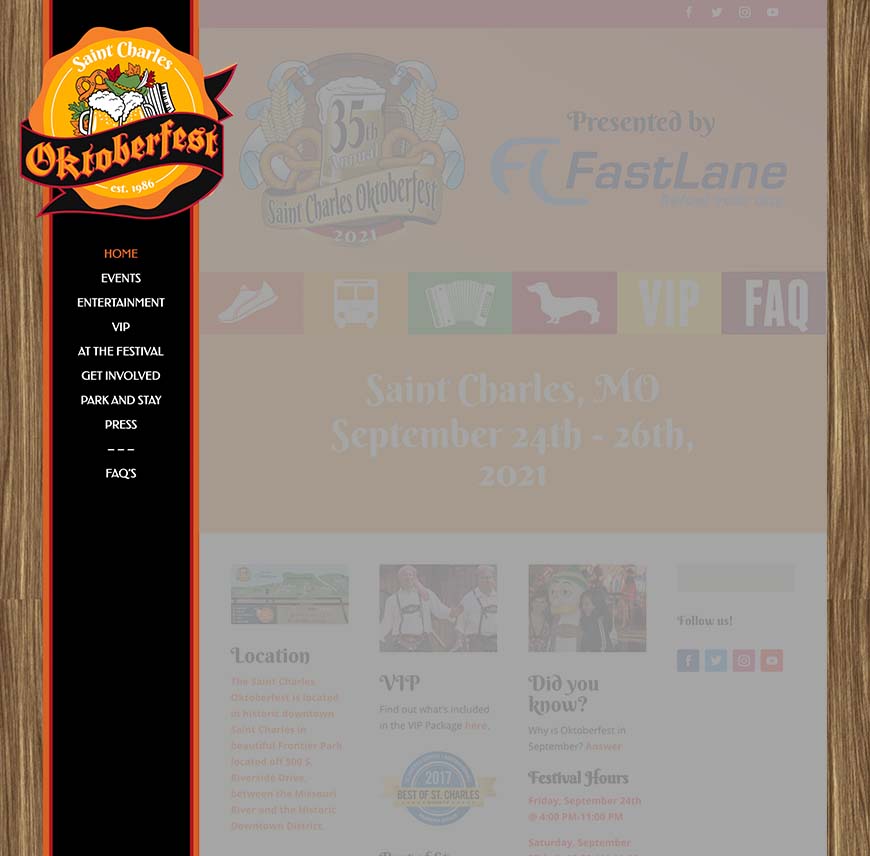 BRAND GUIDE
Most recently, I developed a guideline that allowed the Saint Charles Oktoberfest to publish their first ever brand press release. Custom fonts, logos, color-schemes, and print and usage requirements. I taught myself Adobe InDesign within three weeks to complete this project. Click on the preview below to examine my project. 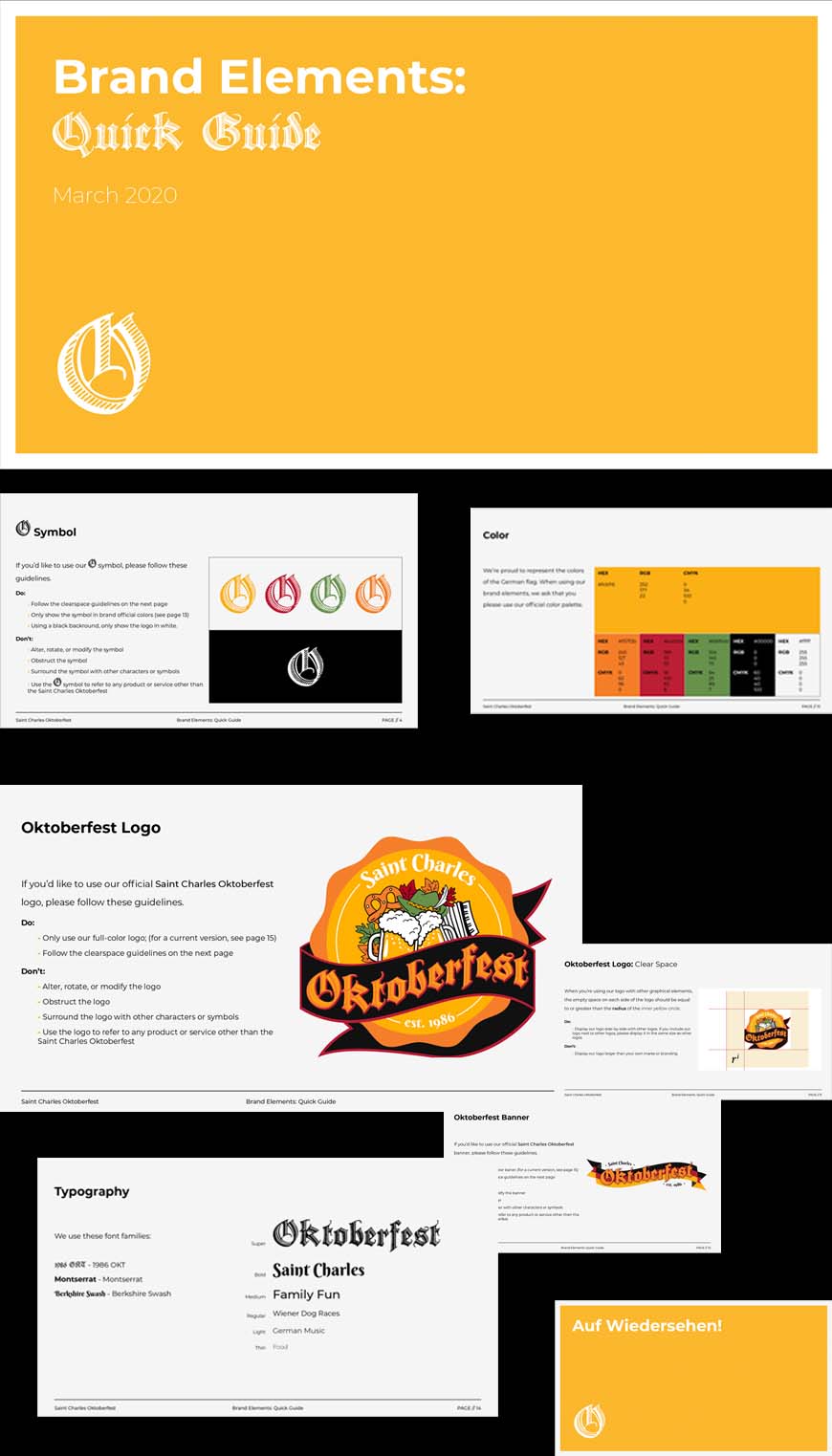 Navigation on the site is industry standard, I personally had issues beta-testing their navigation within early trials. Their committee wanted as much information packed in as possible. But how do you balance information with accessablity.

2011 - Enter Wordpress_ _
Do you remember Wordpress in 2011... it was abysmal (in terms of modern web). Just as a frame-of-reference, 2011 introduced MOBILE RESPONSIVE webpages. Wordpress allowed me to achieve an open-sourced coding environment. I was no longer confined by Desktop design principles, I could focus on making their website future-proof. From Q1 to Q2 mobile internet traffic increased by 30%, I saw huge potential in this area. I began first by designing a mobile responsive home page. My intuition paid off. Shortly after launch, we saw web-traffic grow to all over the United States, no longer just Missouri. Festival attendance doubled that year, making it their best year since starting the festival in 1986.

Fast forward to 2021, 70% of all home page hits are accessed via mobile devices.
NAVIGATION 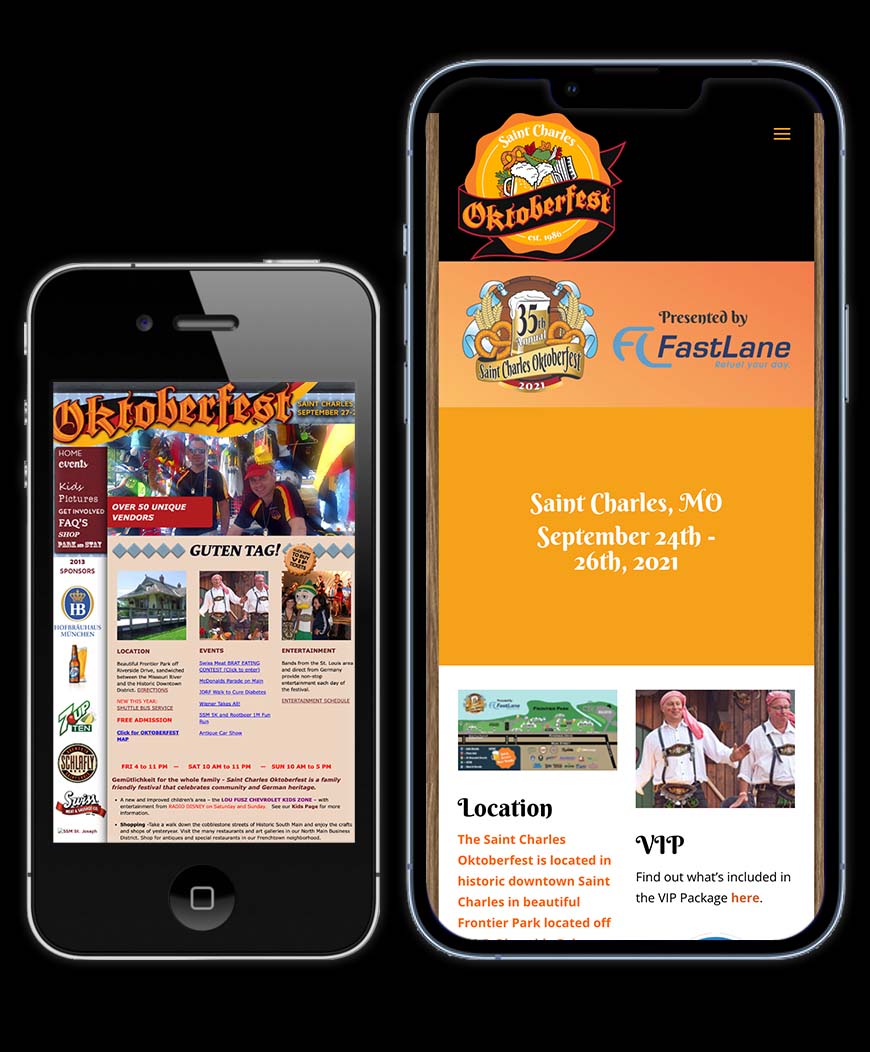